We have all been warned about the perils of borrowing money from loan sharks. But many a time, in the face of urgent need, we fall into the temptation of what seems like a quick fix. But the quick fix turned into a permanent problem for William (not his real name); one that would haunt him for the better part of his adult life. He was just 16 when he decided that he must have a car at all costs. To achieve his dream of mobility William borrowed £300 from a loan shark. But as he drove off his first car, he had no idea what that move would cost him in the long run. Over the next 18 years he would pay over £80,000 to the loan shark.

As he paid back the loan shark debt, the interest rates kept creeping up and William began to struggle to keep up with the repayments. He started getting really worked up when his house went as he fought to keep the menacing lender at bay. His job would soon follow. Just to keep the bully from his door he took up two jobs. The spiralling debt began to take a toll on William’s health as he suffered a heart attack. Things came to a head when the illegal lender threatened William’s wife and children. At this point he made the brave decision to report his aggressor to the England Illegal Money Lending Team. This risky move was the beginning of the end of William’s troubles; the loan shark was arrested and thrown into jail. 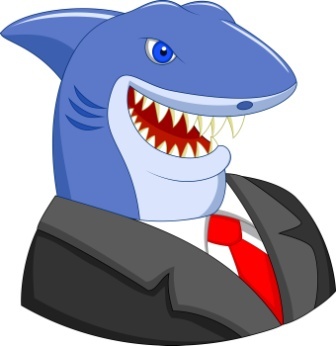 And William’s saga has turned into a blessing for him. He received a Hero Award from the Trading Standards Institute and he has become a crusader against illegal lending, warning people from experience against giving in to the temptation of quick money. A video of William’s horrible experience on Youtube has received thousands of hits. If you’re in the same situation as William, feeling trapped in a cycle of endless repayments, remember this: loan sharks have no legal right to collect debts. And if they have threatened you, call the police.

* Watch this YouTube movie about Dealing With Loan Sharks