Is it Okay to Borrow from African Bank Again?

African Bank has had a lot of bad press in recent months following its own bad debt. Having launched to provide money for low-income customers that can’t normally get loans and credit from South Africa’s better-established and more stable banks, African Bank suddenly found itself in more debt than it could ever imagine.

It is for this reason that many ask if it is now safe to borrow money from African Bank.

So What Happened When African Bank Collapsed?

Unless you keep a finger on financial news or were an African Bank customer last year, there’s a possibility that you don’t even know that the bank essentially collapsed and closed. It has been put under curatorship and is now operating as a new bank with the same old name.

The message on African Bank‘s home page is both interesting and innovative: “We’re committed to fresh starts.” This could of course be yours or, if you know the history, theirs.

A curator has taken up the reins, and the bank continues to operate perfectly legally, but in the meantime, the Reserve Bank has appointed John Myburgh, an advocate, to investigate African Bank‘s “business, trade, dealings, affairs, assets and liabilities.”

According to reports, the Reserve Bank investigation was launched following statements made by the parent company, African Bank Investments Limited, that revealed its losses had been estimated at R6.4 billion and it needed to raise more than R8.5 billion to get back on track. After 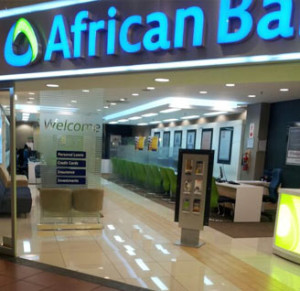 The Reserve Bank has restructured African Bank, and some R17 billion worth of bad debt from loans has been bought for about R7 billion. It has also been stated that the bank, which had a “book value” of R26 billion, would be unwritten by “a consortium” and “recapitalised” with a mere R10 billion, and then relisted. Its name remains the same.

Perhaps predictably, the consortium is made up of South Africa’s top four banks – Absa, FirstRand, Nedbank and Standard – as well as Investec, Capitec and the Public Investment Corporation (PIC).

What About African Bank Loans?

r downfall might have been due to reckless lending. Certainly it is agreed that many of the banks customers were given credit that they simply could not afford – and they simply weren’t able to make the repayments required, which is why the bank collapsed.

Credible reports state that close to half of consumers with credit are “credit impaired” and at least three months in arrears of repayments. Critics also point out that the other banks (now part of the new consortium) were previously competing with African Bank and might have relaxed their normal lending criteria. This could also be regarded as reckless.

Okay to borrow from African Bank?

Right now the newly configured bank continues to offer loans and there is nothing to suggest it isn’t “safe” to borrow the money. The question though is what happens if the bank collapses completely? One thing borrowers need to realise is that this won’t release them of their debt. At the end of the day they will still be responsible to repay whatever they borrowed, and if they can’t afford the repayments, they are going to be in as much trouble as the bank that cannot continue to operate. They might even find a third party ends up suing them for the repayments.