Capitec Bank and African Bank Investments Limited (ABIL) both operate within South Africa’s unsecured lending market,which makes many people consider them to be the same type of operators. Many also consider that this makes their loans equal.

While the two banks are clearly competitors in the South African market, particularly when it comes to bank loans, when comparing Capitec Bank loans and African Bank loans, it’s important to know about the history of both, as well as the loans that they currently offer.

African Bank was in huge trouble in 2014 after it warned that it faced “massive losses” and needed a capital injection of about R8.5 billion. The bank was placed under curatorship in August, and it continued to operate. Reports stated that it had been stabilised and was being restructured. By all accounts, the liquidity problem had been solved, and African Bank loans were reportedly on the increase by about 10 percent.

Not long after the African Bank crisis, media reports questioned whether Capitec would become “the next African Bank”. But a report by Futuregrowth Asset Management (which has publically levelled harsh criticism at African Bank and any other banks that allow unsecured lending) found this was not likely for a number of reasons. These included the fact that there are more owner-managers with Capitec and shareholdings are dispersed more widely.

Also, Capitec has a management system that is “more risk averse” than the one followed by 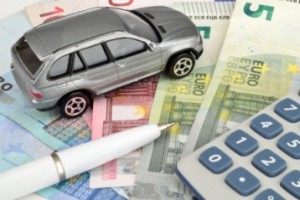 African Bank. Capitec also handled bad debts better and treated “rescheduled loans” more conservatively, and had a better “customer relationship model”. African Bank was more likely to chase after market share in lending, and the bank had tended to rely on debit orders. Capitec on the other hand had encouraged customers to deposit their pay cheques into Capitec bank accounts.Capitec’s branch infrastructure was not as expensive and its “loan collection model” better.

Capitec offers multi-loans up to R4,000 per month that are available whenever required, but may need to be repaid each month. Alternatively only the interest on the amount used is payable. These are automatically reviewed every 12 months.

The bank also offers motor vehicle loans based on no more than 30 percent of what you earn. They also offer student loans (usually a parent will need to sign surety) and bursaries and

All loans require at least a salary slip and the most recent three-month bank statement to be approved.

The biggest loans offered are in the form of credit plans, and if approved, you could get as much as R200,000 which would have to be repaid over a period of 84 months.

Should You Borrow Money? →
← Is it Okay to Borrow from African Bank Again?
Copyright 2022 Loan Info