Considering the host of small loan companies and financial institutions in South Africa it is alarming the number of South Africans who resort to the services of loan sharks.

But South Africa is not alone in this regard.

Many other developing countries are wrestling with the menace of illegal lenders. Even in the developed world, loan sharks still have their victims.

What are Loan Sharks?

Many people in South Africa mistake loan sharks for microfinance companies as they both offer small loans but they are two completely different entities.

Loan sharks are not registered financial institutions and are not authorised by law to lend money. Like in most other countries, you must have a permit to be able to lend money in South Africa. Any person lending money without this permit qualifies as an illegal lender, which loan sharks are.

Being unregistered and unlicensed, the government is unable to keep tabs on the activities of loan sharks. They thus engage in exploitative practices such as: 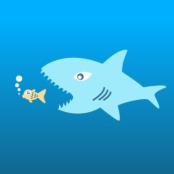 With borrowers having no evidence of an agreement with the loan shark in the form of documents, it is usually difficult for the authorities to intervene in when the above abuses take place. This is why such illegal lenders insist on keeping the loan agreement, if it is drawn up at all.

Now that we’ve established how risky dealing with loan sharks is, you may be asking what alternatives are there for credit for people who cannot satisfy the notoriously harsh conditions of commercial banks.
Besides borrowing from friends and family, you can consider taking a loan with a microfinance company.

Unlike loan sharks, they will lend you the sum you need at reasonable rates and without the red tape banks are known for. Here are the kinds of microfinance companies available to South Africans:

Is an Unsecured Loan Too Good to be True? →
← Info About Getting Loans Online Today
Copyright 2022 Loan Info