Is an Unsecured Loan Too Good to be True?

A huge number of South African’s take out loans every day. These days, it is extremely unusual to find someone who is not paying off an unsecured loan of some kind. It could be a home loan, student loan, car loan or loans for other various reasons. With the availability of loans, taking out an unsecured loan is easy, and anyone can do it. This might sound great at first, but in the long run it can be very hard on you financially, and leave you poorer than you were when you applied for the loan.

What is an unsecured loan?

To understand what an unsecured loan is, we need to first look at what a secured loan is and how it works. A secured loan is one that is given by the lender (for example, a bank), which has a financial ‘safety net’ in place, should you be unable to pay your loan back as per your agreement. This security can be provided by a third party, such as a family member with a good financial background, who will commit to paying off the loan should you be unable to do so for any reason. This type of security is also known as surety.

Other types of security can be provided by you in the form of assets which are in your name. An example of this would be fixed property such as your home. In all cases, should the loan not be repaid as per agreement, the lender will make use of the surety measures that are in place to settle your debt. 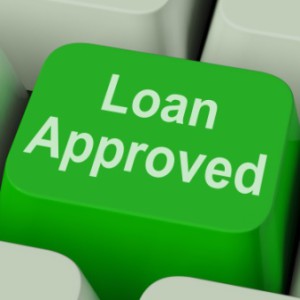 For many people, such surety is not possible. They do not have sufficient assets in their own name, nor do they have third party members to sign surety agreements. Additionally, people with bad credit ratings, or those who have been blacklisted are also unable to obtain secured loans as they are considered ‘high risk’ and unable to repay the lenders. For this reason, many people turn to unsecured loans. An unsecured loan is far easier to obtain. Background checks and credit ratings are far less important to the outcome of your loan being granted, and the loan amounts which are granted are far less controlled.

The dangers of an unsecured loan

The concept of an unsecured loan may seem very attractive, given how easy it is to obtain instant cash. However, there are some serious risks and potential problems that come with obtaining an unsecured loan. These risks apply to both the lender and the person taking out the loan. Here is an example of how an unsecured loan can go terribly wrong for both parties:

Simon is an unskilled labourer who earns R 1000 per week. He has no valuable assets and his living costs are R 800 a week. Simon wants to spoil his girlfriend for her birthday, so he approaches a lender who provides an unsecured loan of R 4000. Simon buys his girlfriend some beautiful and expensive jewellery and uses the remaining money to pay off another loan that his friend has given him. The lender’s terms of repayment are that Simon repays the loan within 6 months at an interest rate of 30 %. This means that after 6 months Simon will have had to pay off a total of R 5 200 which works out to almost R 900 per month. After living expenses, Simon can only afford a maximum of R 800 per month to pay towards the loan. Simon has taken out a loan that he clearly cannot repay. This will damage his credit rating with possible legal consequences and costs, it will use up cash that could be used for possible emergencies and he will eventually stop making repayments altogether. The risk that the lender faces is that they will never receive their money back in full and may also spend more money by hiring debt collectors.

The collapse of African Bank

African Bank is one of South Africa’s largest financial institutions, with a history of providing unsecured loans to people like Simon. After years of handing out thousands of unsecured loans, amounting to billions of rands, the shareholders of the bank realised that the great majority of the money they gave out would never be repaid. African Bank could not recover its loans and as a result started to suffer its own losses as it also owed money. This money was owed to the reserve bank. Key shareholders in the bank sensed that the bank was in trouble and began to sell their shares for far lower than they were bought to minimise their losses. The bank’s funding dried up, and the bank was no longer able to pay its expenses. African Bank was badly managed and as a result, the government has placed the bank under curatorship, meaning it is being managed by people who are not part of the bank itself. Those people who still owe money to African Bank are not relieved of their loans despite the collapsing of the bank, and the curators are now seeking to recover as much of the owed money as possible.

If you owe money to a lender and are unable to make repayments, contact the lender so that a possible payment plan can be arranged. This would benefit both parties, as your repayments may come down, while the lender will more likely recover their costs. An unsecured loan should ideally not be taken out unless it is desperately needed and a payment plan has been worked out by you, so that you don’t end up in severe debt.

Next step: Get a loan by completing and submitting the form on this page!