Why women freak out more about money than men

Women tend to be far more anxious about money than their male counterparts – but it’s not just paranoia.

A study entitled Women, Money, and Power by US life insurer Allianz Life found that more than half of the women surveyed worried about being wiped out financially. The survey found that while men tend to be more confident about their financial future, women tend to have “an irrational fear that extends to women across all corners of life and affluence”.

This fear was not limited to women in lower income brackets. Nearly a third of women earning more than R2 million a year feared financial Armageddon, losing all their money and becoming homeless while 46% of ‘women of influence’ shared this fear. 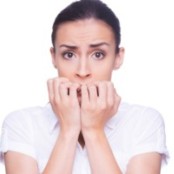 The survey describes these particular women as well educated, earning higher than average incomes and either having their own business or likely to have achieved a senior position at work. These women have a higher need for financial control and more desire for increasing their financial knowledge. They are also most likely to have a financial adviser and a financial plan – yet even these women harbour fears about money.

The reality is that women do face far more financial risks than men. Women earn less, they live longer in retirement and the majority of mothers are single breadwinners. Figures from the 2011 census in South Africa show that the annual average income for a female-headed household is R67 330. This is a 141% improvement compared to ten years ago, yet it remains less than half the income of a male headed household which is around R128 329 per year.

Women are expected to live seven years longer in retirement and on average have lower retirement provisions than men, often due to time out of the workforce to raise children. The Allianz survey found that the number one worry for women was running out of funds in retirement, this fear was even greater than losing a spouse or partner.

The good news is that by taking control these money fears can be overcome. In the US survey, 67% of women reported that becoming more involved in managing their finances has made a real difference to their quality of life.

Women remain the main caregivers in society, especially in South Africa where we have a high rate of single mothers; therefore a child’s well-being is directly linked to their mother’s financial stability. Women are not just worrying about their own financial needs, but also those of their children.

Women tend to prioritise savings for education and emergency funds over other goals such as a deposit on a home or retirement funding. An article published recently in Mail&Guardian quoted the World Family Map 2013 report, which found that in many lower income households children are often better off with a single mother. According to the article, “given the same resources, mothers invest more time, money and emotional support in their children’s education than fathers do”.

Unfortunately while women worry about providing for their children, they are less likely than men to see a financial adviser or plan their finances.

The Visa’s Women’s Money Matters Survey 2013 survey found that South African women are more likely to ask their spouse or partner for financial advice than seek out an independent adviser while the US survey found that no matter what their family situation, women feel that the demands of children and families leave them too busy to address financial planning strategies. The problem is that not dealing with their finances is leading to even greater levels of anxiety.

The best way to deal with financial anxiety is to have a plan in place. Your financial plan must make provision for your child’s future through both appropriate risk insurance as well as a will that makes provision for young children through a testamentary trust. Ironically, while women worry about their children’s future they tend to have less risk cover in place to provide for their children financially should something happen to them.

A good financial plan must also ensure that you make provision for your retirement as the best gift you can give your child is to be financially independent in your old age.

Too cautious for a comfortable retirement

Apart from not prioritising retirement savings, when women do save for retirement they tend to be too cautious and do not invest enough in growth assets.

Visa’s Women’s Money Matters Survey 2013 found that when it came to investment preferences 73% said they had ‘savings in a bank’ and only 10% of women invested in unit trusts.

Women traditionally tend to be very conservative with their money and often avoid growth investments, such as equities, to the detriment of their long-term investment returns.

While cash may be suitable for shorter savings goals like weddings and house deposits, it is not appropriate for medium term and longer term goals like children’s education and retirement.

For example if you invested R100 000 in cash 11 years ago it would be worth around R240 000 today before tax. In comparison a R100 000 investment in the JSE All Share Index would have delivered R656 000 over the same period – and this includes one of the biggest market crashes for decades. The risk of inflation and running out of money is a far greater risk than short-term market fluctuations.

Find a financial adviser who will listen to you. A good financial adviser will start with asking you questions about yourself and finding out about your goals, dreams and fears. Don’t be afraid to ask questions, the more you understand about finance the less scary it becomes, especially if you are working with someone you trust.

If you want to learn more about investing turn your book club into an investment club. The US survey found that “women tend to prefer a more social way of learning about financial information especially in a group with others of similar life experience”. This is why savings clubs or financial workshops are particularly popular among women.

Based on Liberty’s claims statistics, women are more likely to suffer from cancer related disease than men. Cancer claims account for nearly 50% of all female claims, but only 32% of the claims for males. The majority of cancer claims by women are for breast cancer.

According to the World Health Organisation*, 1 in every 11 women between 20 and 59 years old will be diagnosed with breast cancer in their lifetime, being the leading killer among women in this age group. More alarming is that cancer cases will increase from an estimated 12.9 million in 2009 to 27 million in 2030, with 17 million cancer deaths, says a landmark report on the global cancer burden**.

Women are less likely to have risk cover in place than men yet given their role both as caregivers and income earners, financial protection against illness is arguably even more critical for women.