There are always costs the average South African isn’t going to be able to afford. They will need to get a cash loan. The National Credit Amendment Bill protects consumers but may act against lenders.

Maybe you want to start your own business or buy a home or car. The chances are you’re going to need a loan from the bank or some financial institution.

But now the National Credit Amendment Bill looks as though it will threaten the ability of the banks to extend credit to those on low incomes. Credit providers will restrict credit to those people where there is no guarantee of stability of repayment.

MicroFinance SA says a total of 5.1-million people with unsecured credit of R3.2bn could benefit from this debt intervention.  These same people will possibly look for credit by means of informal channels. That is risky as these channels don’t offer much in the way of consumer protection. 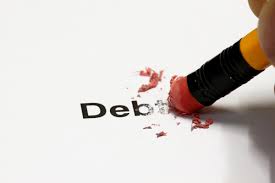 Access to credit for a home or car is going to become more  difficult and costly too. Cas Coovadia of the National Credit Association says that this aspect was an unintended consequence of this provision.

Secured credit agreements could be restructured to an interest rate of zero percent. This will be unsustainable for both consumers and banks who wanted to earn interest on their savings. The bill doesn’t balance the rights of consumers and credit providers. It also limits the ability of banks to protect the savings of South Africans.

Coovadia also went on to say that the uncertainty with the bill means that credit providers aren’t able to assess the risk of loans not being repaid. In fact the consequences of the proposed scope of the bill hasn’t undergone an in-depth impact assessment with the relevant stakeholders.

Some of the issues causing uncertainty with the bill include –

The National Credit Amendment Bill has been introduced as a means to provide debt relief for low income earners. As alw, the bill will write-off up to R20bn. And while it is a great mechanism to help the poor, the Banking Association of South Africa doesn’t support debt cancellation. They  believe it will cause instability in the financial and credit market. They believe that a sustainable credit market is of critical importance for the development of South Africa.