Why Are South Africans Indebted To The Hilt?

Every South African knows that there isn’t much more stressful than financial dire straits. Creditors hound them with phone-calls and text messages morning, noon and night. For many South Africans, bankruptcy seems like a lifeline. But you need to be aware of your options as it’s not always the ultimate solution it appears to be. So why are South Africans indebted to the hilt?

South Africans are the Biggest Borrowers

Unfortunately, in the past, no matter the amount of debt South Africans had, they were tempted to take on even more credit as a solution, sinking ever deeper in into a pit of despair. South Africans are the biggest borrowers and the country is the most indebted in the world.

The problem is actually far bigger even, because private loans and lending beyond the formal system, such as loan sharks, isn’t even in the figures for debt numbers. In fact, World Bank survey data showed that about 86% of South Africans in 2016 took loans from private microlenders.

Every South African wants basic necessities. And for most South Africans, a home- and car loan as well as education- and 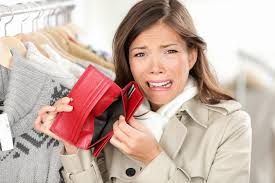 medical costs are the biggest personal debt they incur in their lifetime.  Short-term credit is a rapidly growing financial product in South African and loans can be made available with a mere click. People, however, don’t understand when it is good to access short-term credit and when it should be left.

The truth is, that many South Africans remain uneducated about how to work with their money. Even extensive efforts to educate consumers on finances, credit usage is increasing and we’re witnessing the over-indebted gap widening further.

Businesses are also up to their Hilt in Debt

Even retailers such as Edcon, with their many stores across their CNAs, Jets, Boardmans, Edgars, and Red Square brands, knows what it means to be in debt, and fairly recently they were drowning in R26.7-billion of debt.

Ex-finance Minister Malusi Gigaba agreed that tough decisions had to be taken after the medium-term budget policy statement of last year presented a bleak picture and that South Africa as a whole was in a debt trap and that national and provincial departments had to reduce spending.

Not everyone knows how to work with figures and budgeting, and tough economic times have seen debt spiralling out of control leaving most consumers battling to stay afloat. We are all dealing with circumstances beyond our control in this country. And these have left many South Africans reeling with a host of unexpected expenses they never thought of.

The sad reality is you’re going to have to find solutions for your debt by slowly working at it everyday.

Is it Possible to Get a Loan Now in South Africa? →
← South Africans Unaffected by Wonga Loans Fiasco
Copyright 2022 Loan Info